The Ojcowski National Park is 30 kilometers from Krakow.

You choose the attractions and places you want to see.

Entry tickets for selected attractions are not included in the tour price.

Tourist attractions to choose from in the area: 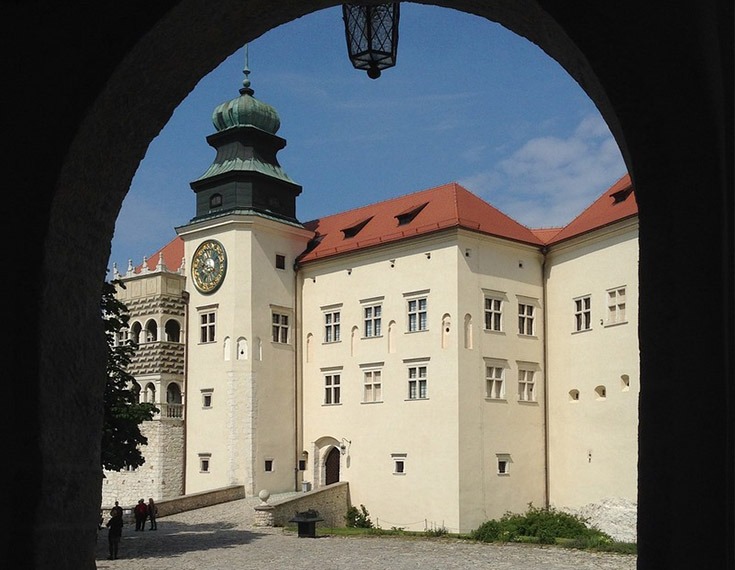 Pieskowa Skała Castle is a true architectural jewel in the Ojców National Park. Currently, it is one of the few such beautifully preserved monuments of Renaissance architecture in Poland. The first mention of this fortress dates back to 1315. After the change of fate at the beginning of the 20th century, the castle was restored and converted into a guest house, where an archaeological and natural museum was established. After the war, restoration work was carried out from 1949, restoring the authentic features of Renaissance architecture. 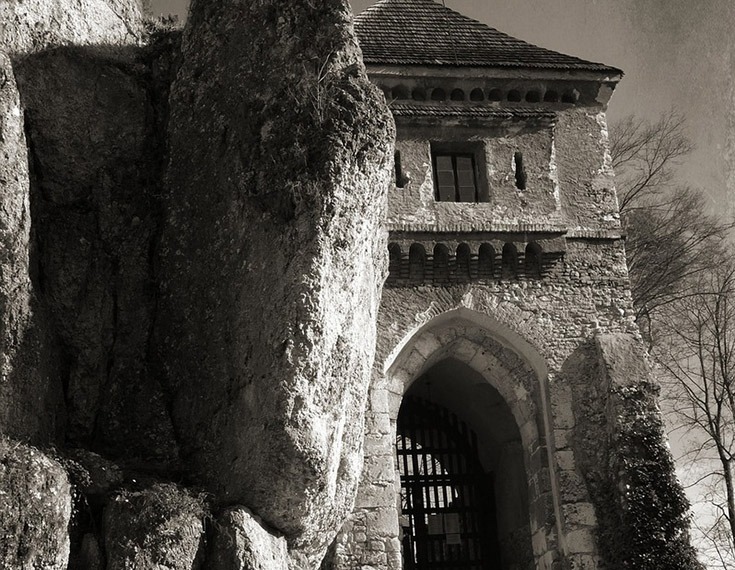 Above Ojców dominate the ruins of a medieval castle built in the second half of the 14th century during the reign of Casimir the Great, which considerably expanded the previous castle. The castle of Ojców was an important link in the chain of defense, sealed Krakow, had a crew of 100 people commanded by the Staroste. King Casimir the Great called the castle Orzel u Skała and referred to the walk of his father – Władysław the elbow. This name has survived to this day as fathers. 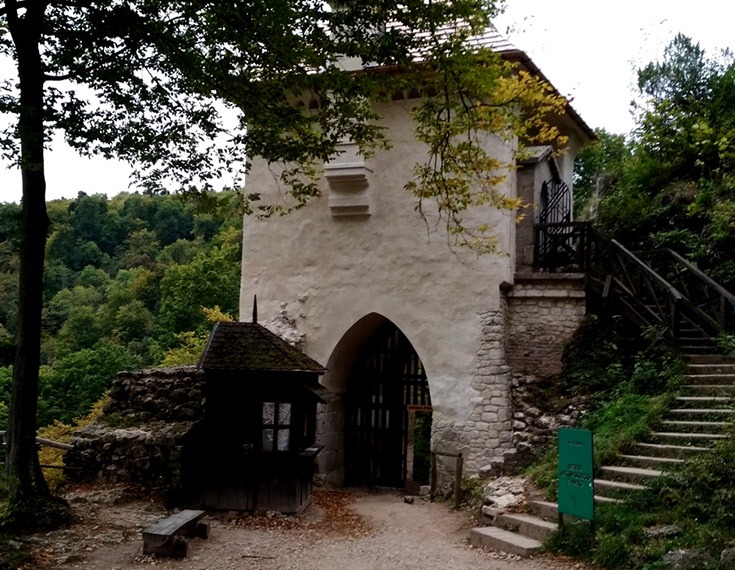 The Łokietek cave in Ojców is considered the most popular cave in Poland, which is available to tourists. Its length is 320 m. According to legend, Władysław Łokietek hid himself in the grotto in front of the armies of Wenceslas II, The Bohemian King. Łokietka was to rescue the spider, which was inhabited in the opening of the cave by the net, which made it seem uninhabited and forgotten, while the ruler had fallen through a narrow opening on the side of the ceiling. 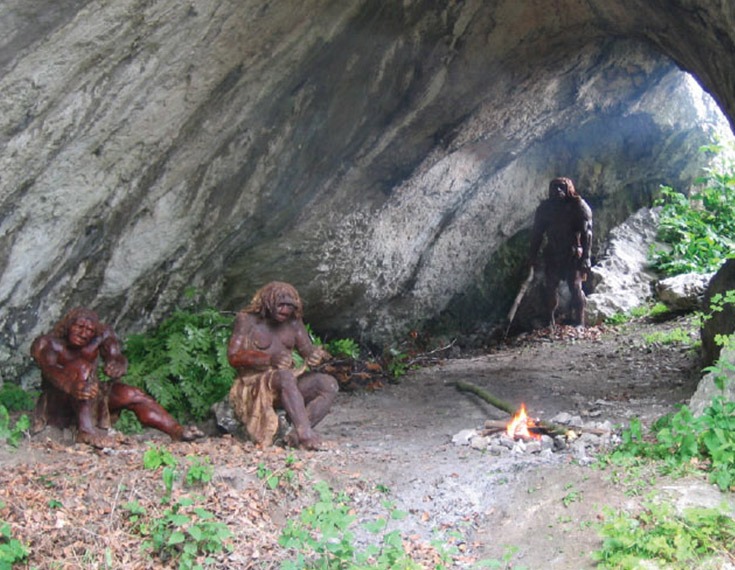 Dark cave with a Neanderthal camp

The Dark Cave is a unique facility in the country. First, the corridors are not lit, although they are open to tourists. The visit takes place by candlelight, which enhances the whole theme of unusual taste and climate. Secondly, the dark cave is a very valuable archaeological site, one of the most valuable in Poland. The traces of human presence reach 120,000 here. Years. For tourists visiting the Ciemna Cave, an exhibition awaits their former inhabitants of the Neanderthal Family. The tour takes place from April to October with a guide only. 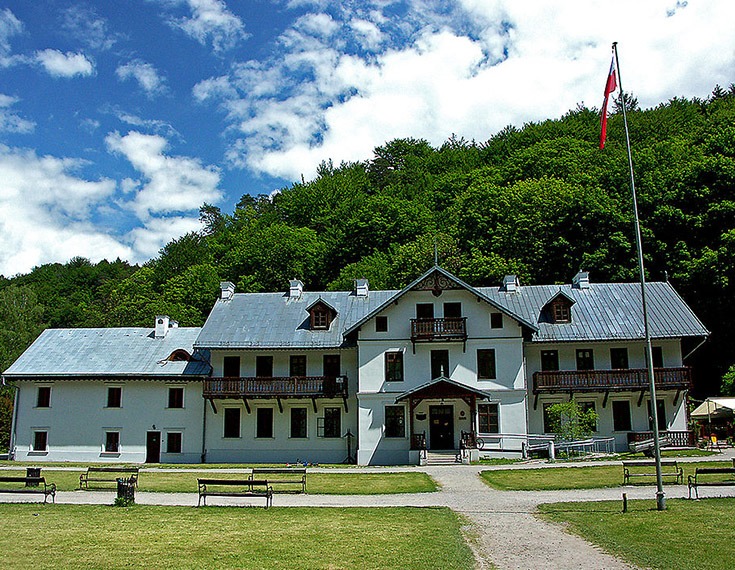 Museum of the Ojcow National Park

The museum presents questions about the nature, geology and history of the Prądnik Valley. The presentation of these topics will also allow people who are not interested in the details of the subject to deal in an easily accessible way with what surrounds us when visiting the Ojców National Park. Take part in the multimedia museum. See a three- dimensional movie depicting the rise of the Prądnik Valley and visit an artificial cave where you can hear the sounds of bats and the cave-dripping cave-rains. You can also see the animals that live in the park. 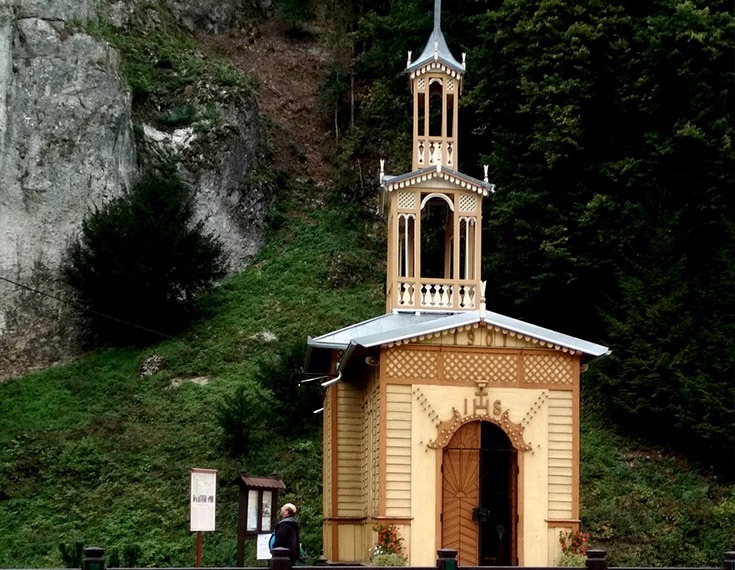 Chapel “On the water”

At the end of the 19th century, during the division, the priests served as a health resort in which the temple was missing. According to legend, due to the building ban of the Czar, it was decided to redesign the Spa Baths on the Prądnik River. Since the ban was “on the land of the father”, the object was perverse on the water and did not break the ban. In this way, the chapel was created on the water, which was completed in 1901. All work of the carpenters was done by local workers. The chapel is crowned by a broken tower, beautifully restored in 1996. 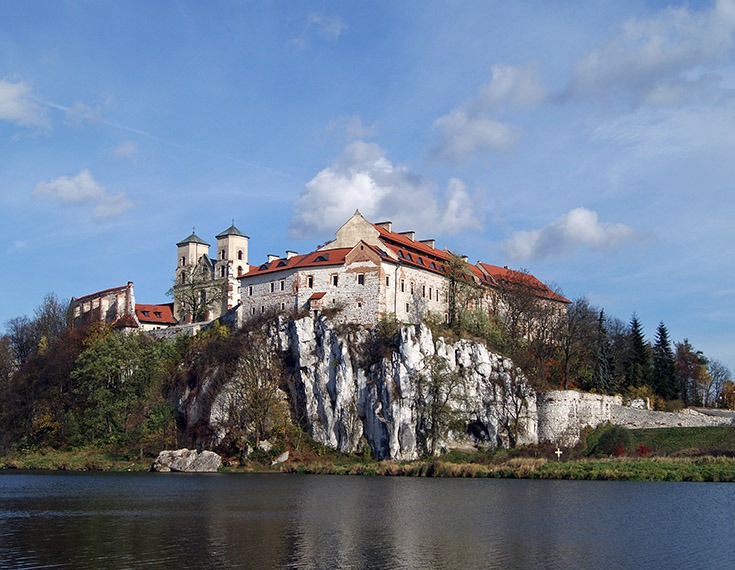 The Benedictine abbey in Tyniec 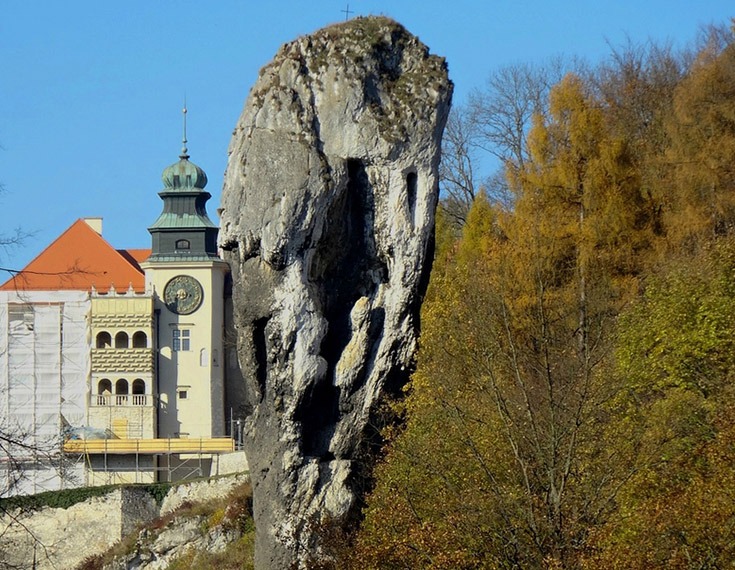 A few 46.6 km long hiking trails lead through the Ojcowski National Park. Some of them run together and have a total length of 37.3 km.
The Benedictine abbey in Tyniec
The Benedictine Abbey in Tyniec together with the Church of St. Peter and St. Paweł is located in the southwestern part of Krakow. The Abbey of Tyniec is the oldest of the existing monasteries in Poland. The abbey, which was located on the limestone monastery on the Vistula, was most likely founded in 1044 by Kazimierz I the Restorer. This happened after the crisis of the young state, which was caused by the rebellion of the Gentiles and the invasion of the Czechs. The Benedictines were to support the reconstruction of the state and the church. The first abbot was Aaron from Cluny. However, some scholars assume that the Benedictine abbey of Tyniec in Cracow was previously only founded by the son of the restorer Kazimierz, Bolesław II.