is located about 90 km northeast of Krakow.

Every year, around one and a half million treatments are carried out, of which 800,000 are sulphide baths. The health resort Busko-Zdrój treats diseases of the circulatory system, motor organs, rheumatic, orthopedic, neurological and dermatological diseases as well as polio. The spa is located in the southern part of the city near the park. The treatment uses sulphide, iodine and bromide, water and healing mud.

Busko chroniclers noted that the population knew for a long time about the curative properties of local mineral waters. It was found that sick sheep voluntarily drank them and the villagers treated skin diseases. This is called Sulphonasal water is one of the very rare, it contains sulfur compounds with released hydrogen sulfide. One basic component is sea brine from a distant geological past and the other – sulfur from later sedimentary gypsum deposits. The water from Busko also contains numerous amounts of iodine, bromine and many other microelements, selenium, calcium magnesium. The smell is not very pleasant, it stinks dully of rotten eggs, but it compensates with excellent healing properties. Mineral water is mainly used in Baden for bathing, while drinking water is used very rarely. In Busko zdrój bottled water “Buskowianka” is bottled. For preparation, the brine is diluted in a ratio of 1 to 30. 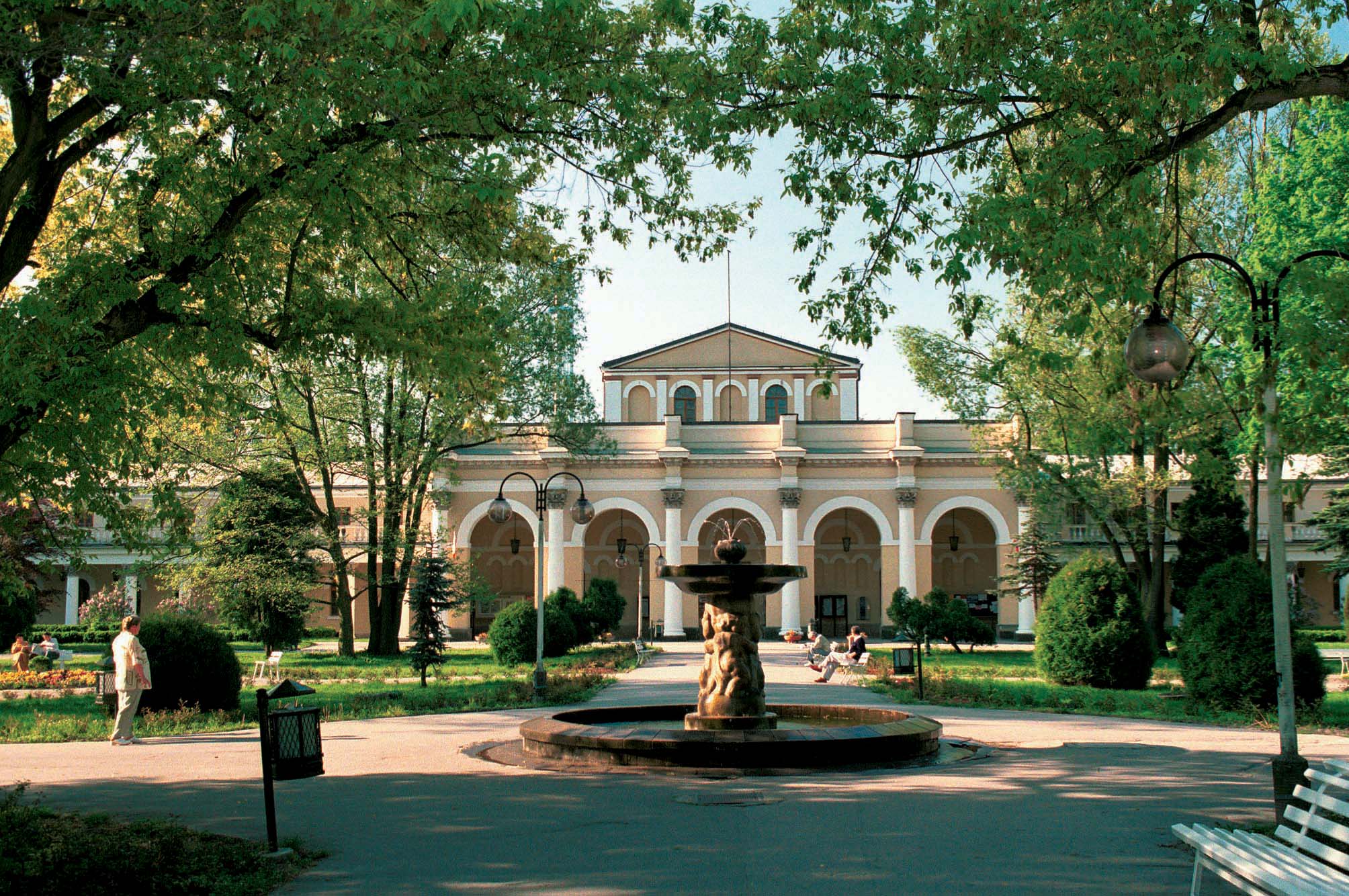